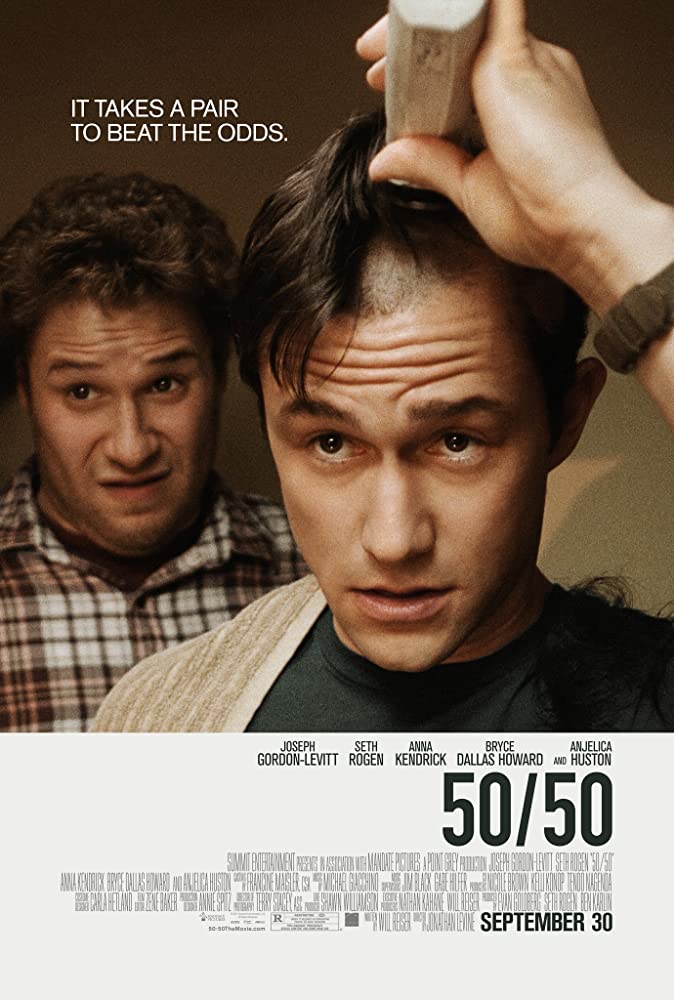 Inspired by a true story, 50/50 is an original story about friendship, love, survival and finding humor in unlikely places. Joseph Gordon-Levitt (Adam) and Seth Rogen (Kyle) star as best friends whose lives are changed by a cancer diagnosis in this new comedy directed by Jonathan Levine from a script by Will Reiser. 50/50 is the story of a guy’s transformative and, yes, sometimes funny journey to health – drawing its emotional core from Will Reiser’s own experience with cancer and reminding us that friendship and love, no matter what bizarre turns they take, are the greatest healers.

The screenplay is loosely based on the experience of screenwriter Will Reiser, friend of the film’s co-lead, Seth Rogen. Reiser is also close with Evan Goldberg of Da Ali G Show. The film was going to be called I’m with Cancer before it was announced that this was a working title. The film was later renamed Live with It and then 50/50.

James McAvoy was going to play the lead role before he left the film due to personal reasons, as he was afraid of missing the birth of his first child, and was replaced by Joseph Gordon-Levitt.

Principal photography was scheduled from February 22, 2010, to March 31, 2010. The film was mostly filmed in Richmond and Vancouver, British Columbia as well as Seattle, Washington.

The head-shaving scene in the film was featured on the movie posters and commercials. At the 50/50 premiere in New York, Gordon-Levitt said:

„We only had one take because you can’t shave your head twice.”

„It was the first day of filming, and we improvised the whole thing, which is not wise when it’s something you have one take for, but it turned out funny.”